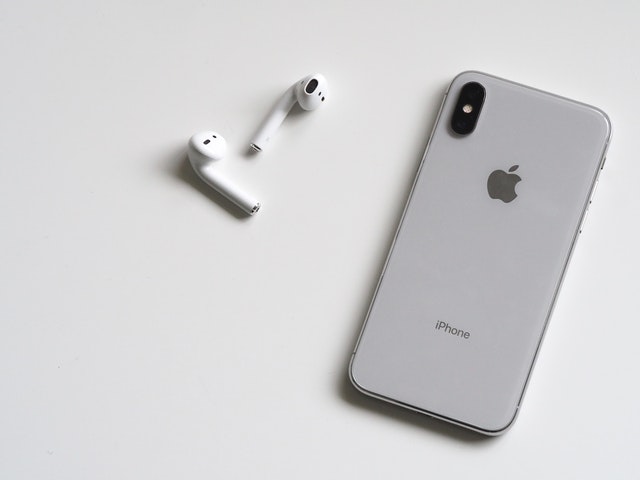 The way that the world is today, having everything available to you at the drop of a hat is something that many people are looking for in many avenues of life. It’s strange then that phone calls aren’t recorded, from the client side at least. Have you ever wondered how to record phone calls on an iPhone 11? We have.

Anyone who has ever called into a big company and has gone through the process of an automated answering service will be familiar with the saying, “all calls may be recorded for quality assurance purposes”, or something along those lines. Luckily for them, they have the ability to do this. We, as the consumers, don’t.

It would be amazing to be able to have those copies of calls. Perhaps you’ve spoken to Amazon about a customer service complaint, maybe you want to record an interview for a job application, or just a simple conversation with a loved one, to keep and cherish for many years to come. One might feel that it’s our right to do these things, and in all honesty, you should. Luckily, these kinds of apps do exist and can be used no matter what device or operating system you have.

The iPhone 11 – An Introduction

When the iPhone 11 was first announced, the world went crazy for it. It was a meaningful improvement over the previous iteration of iPhone, and led the way with a new camera system, faster processors, and longer-lasting batteries. This flagship was a complete ground-breaker by coming in at a lower price point than usual and had a number of different models released at the same time.

Not too long ago, the iPhone 11 was the second best-selling smartphone in the world, just behind the iPhone XR. This single device itself makes up for over 2% of the world’s smartphone population, a number that doesn’t sound like much, but when considering how many smartphones are out there, is big. It was mostly making huge ground in North America, but also managed to do well in Europe too. In Q2 of 2019 alone, Apple captured 11% of the global smartphone market share and their iPhone revenue from Q3 of the same year was almost $26 billion.

The phone boasts specific features too, rather than upgrades, such as Dolby Atmos, a night mode, ultra-wide lenses, and far more durable glass. While it’s only a year old, it’s still a phone that many people want to upgrade to now because it has so much “bang for buck”, not a phrase generally used with regard to Apple products.

A few years ago, Apple tried to distance itself from the likes of Amazon and Google in its voice recording policies. Apple stated that it was against these big brands in listening in on your conversations and made a point about how they put privacy first. Apple’s privacy policy states:

“We may collect and store details of how you use our services, including search queries. This information may be used to improve the relevancy of results provided by our services.”

This is of course, in relation to Siri and the listening in on chatter. And while this may come as no surprise to many, Apple is also against recording phone calls. When it comes to phone calls, there is no such information regarding how it is processed or whether or not it is saved, however, Apple does seem to think that recording phone calls may not be necessary in itself.

There is no native app for recording any kind of phone calls for users through an iPhone 11. If you have ever tried to figure out how to record phone calls on an iPhone, you’ll be aware that there are a number of apps that you can try out to get what you want, but you won’t find it on the phone. In fact, Apple doesn’t allow third-party software access to the microphone while the phone app is in use.

Instead, what some companies have decided to implement is a way to record both sides of the conversation over a phone using a 3-way conferencing service. This is known as a recording line.

Before you’re even interested in doing something like this, you should always be aware of the laws in your country or state. The last thing you want to be doing is breaking the law, and you can’t hold anyone else responsible when knowingly using third-party apps or conferencing services to record phone calls. In some countries, both parties are needed to consent for recorded phone conversations, but in others they aren’t.

A fine example of this is when you call into a company that has that automated recording. They have decided that consent is fine and are informing you. You have the right to hang up if you don’t agree, but in doing so, you likely won’t get the help you need!

Apple has said on its official forums that there is no restriction from the iPhone 11 OS to restrict a function that allows for a recording conference service.

If you’re interested in going the route of using a third-party conference service that is cloud-based, then something like Recordator could be for you. What Recordator does is set you up with an easy, and convenient way to record your phone calls without any hassle.

There are two ways that it can be done through either the Merge-and-Record method or Dial-to-Call method. Both of them are easy to do and are available on any phone, so you never have to wonder how to record phone calls on your iPhone 11 ever again.

Using the Merge-and-Record method, users can call in the dial-in number for their specific country. After the call has connected, users will then add the person they’d like to call into a group call. By clicking the plus button on the call, you’ll be able to add a new person. After the person you’re calling has answered, you’ll need to merge the two calls together, and Recordator will start recording.

This essentially creates a three-way call between you, your recipient, and Recordator. Recordator will then record the call at call quality. The recording is then saved in the cloud to your account, under the My Recordings section. You can listen to it, share it, or download it in MP3.

If you’re unable to do a conference call with your phone, then you can always use this method instead. On your account under your profile, you can click on New Call, and then add a contact to your Recordator account. Then you’ll click Dial-to-Call. After this, you can call the Recordator number and once they receive it, they’ll patch you through your recipient, and then start recording the call and save it to your account. If you’re not able to use either method, you can still use the Dial-to-Call option, but you’ll click on Click-to-Call. In this scenario, Recordator will call you, and your recipient, and then join the two calls together.

Users will need to sign up at the Recordator website where they can get a free account, as well as 10 minutes of free call recording to try out the service. Should you choose to, the payment structures range from $10 to $60 where users will pay for minutes of recording rather than a monthly cost. The more you pay for, the greater discount you’ll qualify for, giving you more minutes to record.